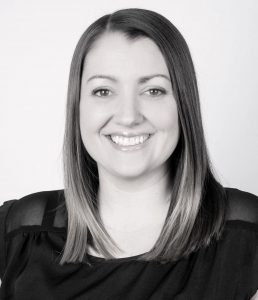 Meaghan has over 18 years of experience in the performing arts industry. She is a graduate of York University with a Masters degree and Honours BFA in dance, and studied dance abroad at University of Chichester in England. She is a certified member of the International Academy of Dance Adjudicators (IADA) and completed her intermediate level ballet exam with the Cecchetti Society of Canada.

In her home town of Sudbury Ontario, Meaghan trained in dance, theatre, and voice. As an active member of Sudbury’s arts community, Meaghan was a founding owner of the Sudbury Summer Drama Camp as well as a founding member of the Unweeded Garden Theatre Company. She studied Jazz, Tap (CDTA), Ballet, Pointe (Cecchetti), Lyrical, Modern (Cunningham, Graham, Limón), and Musical Theatre. Throughout her training, Meaghan competed and won awards in many cities throughout Ontario.

While at York University, Meaghan performed as a member of the York Dance Ensemble. As a performer and choreographer, she has presented work at the FiDA International Dance Festival, the Toronto Fringe Festival, and International Dance Day at Dundas Square. Meaghan also danced and choreographed with contemporary dance company Collective HEAT. Her work was commissioned and presented by the Simcoe Contemporary Dancers in Barrie Ontario.

As a passionate teacher and artist, Meaghan is very excited to offer professional level training in all of the performing art forms to aspiring young artists. By combining her formal education at York University with her lifetime of practical education, Meaghan is thrilled to share her expertise by bringing professional education into the studio.

Michael has learned from and worked with some of the world’s leading producers and artists. He is a graduate of Ryerson University’s Acting Program, has interned for Kevin Wallace on the West-End production of “The Lord of the Rings”, and worked for Sonia Friedman Productions. Michael has directed numerous projects, such as: Rebecca Perry’s “Confessions of a Red Headed Coffeeshop Girl”, From Judy to Bette at the Next Stage Festival, The 25th Annual “Putnam County Spelling Bee” at the Al Green Theatre and both Reefer Madness and Spring Awakening at The Lower Ossington Theatre. He was the writer and director of “The Jungle Book Circus”, which traveled to Dubai in 2013. Michael worked as the Assistant Producer at Birdland Theatre on the Dora Award winning production of “The Last Days of Judas Iscariot”, and was the Producer at Theatre 20. Michael previously worked as head of the casting department and the on set acting coach at Brain Power Studio. Michael currently works as an agent for Jess Rapp Talent. 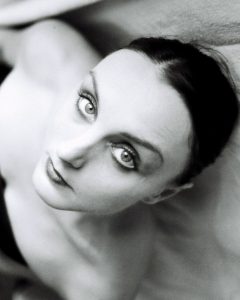 Over the past 20 years Caroline has had the privilege of dancing in Europe, the U.S. and Canada. Starting off she danced with The National Ballet Prague. Upon returning to North America she danced for choreographers Peter Anastos, Julia Aplin, Peggy Baker, Bridget Cauthrey, Jennifer Lynn Dick, David Earle, Christopher House, Megan O’Shea, Vicki St.Denis, Lucy Rupert, Anne Troake, and others. Caroline has a dance performance diploma from George Brown College and holds a teaching certificate from The Royal Academy of Dance. She has taught ballet and contemporary dance extensively over the last 23 years. In the past 5 years she has developed her own program which explores creative expression through movement and has been teaching it throughout public schools in and around Toronto. 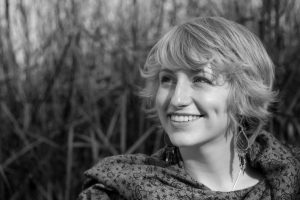 Saskatchewan-born Liisa Smith (CADA-ON) is a Toronto-based performer, choreographer, and teacher. Liisa received an  Honours BFA in Dance from York University and founded random acts of dance. After living in Pakistan and Switzerland during her high school years, she continues to travel abroad, teaching with the International Schools Theatre Association. Interest in spontaneous composition and fusing dance forms, has led to Liisa’s diverse physicality in her creative and pedagogical pursuits. Her choreography is expressive and emotive while still physical and engaging. When she’s not working, Liisa loves to drink tea and play board games. 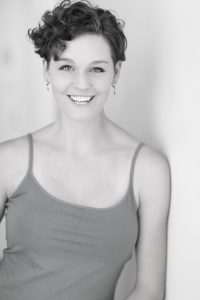 Project CPR, MascallDance, PuSh Festival, National Artist Program, and the Cultch Ignite! Dance Mentorship. She has performed and choreographed for Dance: Made in Canada, Dusk Dances, Dancing on the Edge, ROMP!, 12 Minutes Max and many more. Miss Valin is a co-producer for To.Be.Announced Choreographic Showcases and Artistic Director of Valence Movement (dance theatre). As an educator, she has worked for Canada’s Ballet Jorgen, The Landing Dance Centre, Defy Gravity Dance Co, Quick Ball Change, Broadway Arts Centre, Toronto Youth Ballet Ensemble and George Brown College’s Dance Department. Her energy is infectious and bright in every class she teaches. Continuing her outreach Jamee is an active adjudicator and panelist traveling throughout Canada. She looks forward to many endeavours with Broadway Arts Centre this spring and beyond! 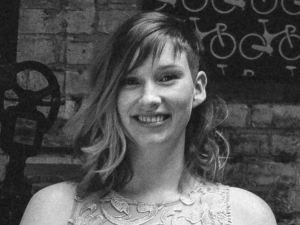 A born and bred Newfoundlander, Grace Smith received her BFA in Dance Performance and Choreography from York University in 2015. Grace’s choreography has been presented by The Chimera Project, The Beehive Collective and Kinima Dance. Having produced her first dance film in April 2016 ( Our Place in the Wasteland) , her second film, Glitch , will be playing in multiple festivals throughout Canada in 2017. Since moving to Toronto, she has had the pleasure of performing with Jasmyn Fyffe in Pulse (Montr é al Fringe Festival/Wave Rising Series in New York), with Liisa Smith in 60×60 Dance Toronto , and in Rotation choreographed by Candice Irwin. Grace has completed a choreography-based mentorship with Maxine Heppner, the Emerging Dance Critics Programme run by The Dance Current and The National Ballet of Canada and is currently the circulation and production coordinator at The Dance Current and a dance teacher and writer in Toronto.

Malcolm is a professional dancer from Toronto, Ontario, Canada’s top city for the Entertainment Industry. He began his training with Jades Hip Hop Academy where he danced and won competitions all over Canada and even the U.K. He also eventually went on to dance for JHHA’s Professional Dance Company. Malcolm has trained and worked with Leon Blackwood, Lenny Len, Danny Davalos, Andrew Pyro Chung, Jerome FreshFX Villa, Tre Armstrong, Anthony Patrick Smith and much more.

Malcolm is Currently a faculty member at Dancelife X and Millennium Dance Complex. He is also the head Hip Hop Choreographer/Teacher At A New Daei’s DAEI Elite program. As a teacher, he instructs both recreational and competitive classes and through many competitions, he received many awards and praise for his choreography. 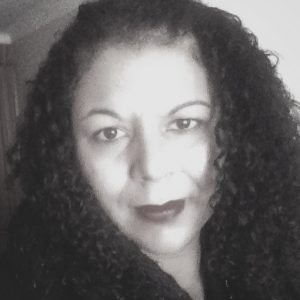 Heidi is a singer, teacher, writer, and actor, balancing a varied teaching schedule of vocal, piano, and musical theatre instruction. With over 13 years of teaching experience, Heidi seeks to develop trust and a strong rapport with her musical theatre students, encouraging them to express themselves as honestly as possible. She sings jazz and pop regularly in and around Toronto, as well as performing in theatre and was recently featured at the inaugural Women of Musical Theatre Festival in Toronto. A graduate of Mohawk College’s Applied Music program, she also studied Musical Theatre at the University of Windsor. Heidi has one album, “Later”, and is currently working on her next recording, celebrating the music of Paul Simon. She is very pleased to be returning to Broadway Arts Centre this season. 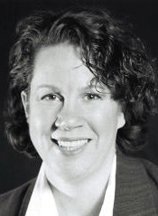 Joanna’s passion is music and singing. Since 2001, she has led a local gospel choir which performs monthly, and has written and directed original children’s musicals at Emmanuel Howard Park United Church. She also performs frequently in local festivals and clubs with her eight-voice folkgrass ensemble North of Queen. Joanna is also an award-winning songwriter (Songdoor, Song of the Year, ISSA) and arranger and her works have been performed by several local choirs and her band. She also has several choral compositions under consideration for publication. Trained formally in voice, piano, and oboe throughout her younger years, Joanna continued to develop her musicality by singing in, and leading, various choirs, performing with the New Westminster Musical Theatre Guild, and teaching piano as an adult. She believes whole-heartedly that everyone has the ability to sing with the right encouragement and instruction, and specializes in helping novice singers to learn the rudiments of proper singing techniques, harmonization and group/chorus performance.